Originally posted on 7-26-12. Ironically, I have turned to blogger during the Xanga migration, lol.


When did you join Xanga?
It’s been 8 years. I have blogsites all over the internet, and xanga is always my fave to come back to because I can play with codes so much here. I nearly destroyed my myspace page with code and had to rewrite every bit of it from scratch each time Tom did a maintenance update. I can adapt to xanga yanking certain scripts out of headers and footers and disabling java and whatever, life is still cool here. Blogger is okay, I guess, tumblr is a nightmare cosmic joke played on the masses to force upgrades (as an evil villain wannabe, I respect that), I’ll stop at that, this isn’t supposed to be a list of every blog and journal site I’ve cannonballed into.

What brought you here?
I was dragged here kicking and screaming, like I am every blogsite. I can’t tell you how cranky I got when AOL hometown morphed into lifestream and I lost all my website pages and my *original* scifi groups.

Do you have other Xanga accounts?
I have nightmares about suddenly remembering websites and blogs I’ve created and forgotten all about and I desperately try to get back into them because it was the coolest stuff I ever saw, then I wake up just dazzled because I believe I’ve seen what the internet will be like in the future. That or I dream of stuff in parallel worlds that already exists, and it’s terribly frustrating to have to wake up back in this world.

What sorts of things do you post?
Mostly distractions. I could be showing everyone my bed head, like Wil Wheaton is doing on twitter and every blog he owns (yes, he’s adorable), but my fans sometimes actually show up at my house without warning when they get too excited. Don’t know if Wil has that problem (I hear he hands out homemade beer), but I’m afraid someone will steal my chickens because they’re so cute. 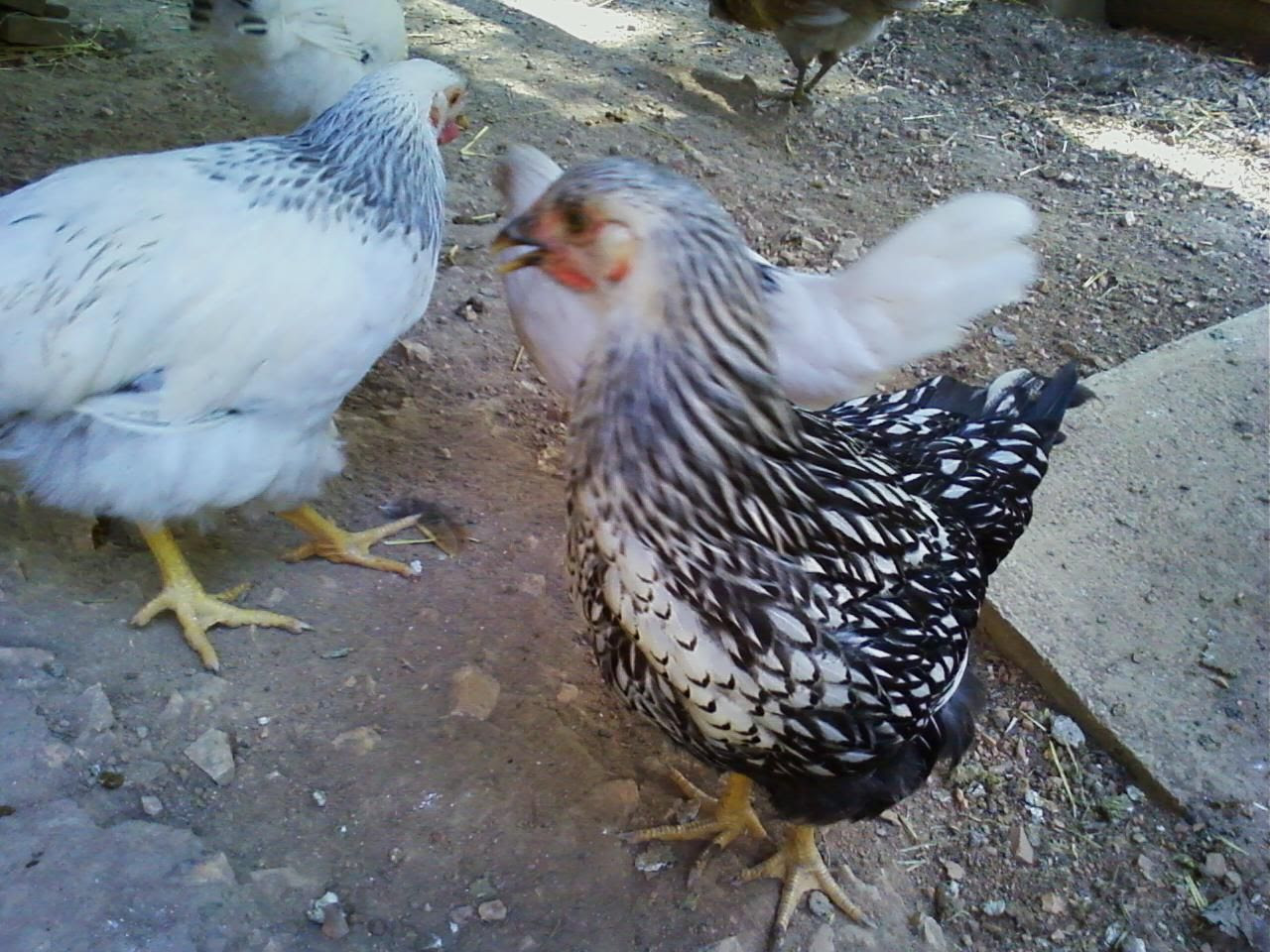 How often do you post?
Continually. Even when I am disappeared. Drove a few people crazy. I could tell you who all still checks on me at least once a week, even when there was nothing to see for two years, but I won’t. It drives some of you even crazier that I totally lack a gossip gene. >=)

Do you keep yourself anonymous?
And everyone else who comes into contact with me. I know way too much stuff. I’ve been pulled into turf wars more times than I can count when people find out I’m friends with other people, etc. The big Sliders war with the Canadians went way over the edge, and I’m sorry, but I like Wade AND Maggie. (I don’t care what the Canadians say about themselves, they clearly yearn for brutal war in every forum I’ve seen.) It was the new writers I had a problem with. Did it disturb anyone else to hear the original ‘ Col. Rickman’ (season 3, 1997) speaking as the Caterpillar in Once Upon a Time? Never mind that he’s frickin’ Roger Daltry, that gave me cold shivers like crap, I had to pause the dvr and yell DO YOU KNOW WHO THAT IS!!!!! IT’S COLONEL RICKMAN!!!! OMG!!!!! WHAT DO YOU MEAN COLONEL RICKMAN WHO, COLONEL RICKMAN THE MANIAC FREAK WHO USED SYRINGES TO SUCK SPINAL FLUID OUT OF HIS VICTIMS’ SKULLS, HE’S THE CATERPILLAR!!!!! 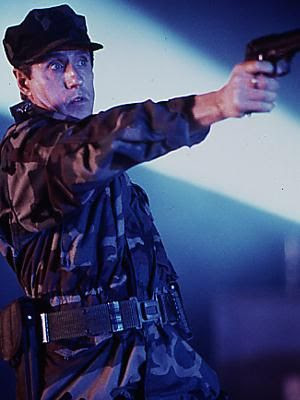 Do other people in your face-to-face life have accounts here?
Other people have created xangas because I am here, I think we should be able to earn referral premiums.

Have you met in person with anyone you originally met on Xanga?
Not unless they have discovered where I live and moved here and casually greet me around town unbeknownst to moi, no. I’ve been so thankful that Google Maps had my house location mapped all wrong, but I saw their cute little car driving around town the other day, with that mini crane and camera ball on the roof, and groaned. They’re *updating*…. I didn’t have the wit to snap a pic as I was turning through an intersection, so here, click on that cool car to see where I got it from. 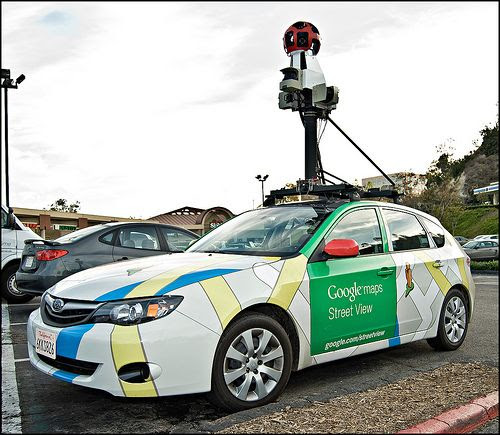 Do you consider your friends here to be”real friends”?
You’re all a bunch of Sims to me… BWAHAHAHAHA.

Have you ever dated anyone you met on Xanga?
Scott refuses to xanga. He says I’ve already made him famous. I feel obligated at this point to punctuate that by uploading a paparazzi pic I told him I’d never share online ~*riiiiiiggghhhtttt*~ Not bad for someone about to turn 56, eh? He was temporarily regimental after coming in from 103 degree tomato plant watering and whatever else he was doing out there. It actually got up to 106 later that afternoon, ~in the shade~. 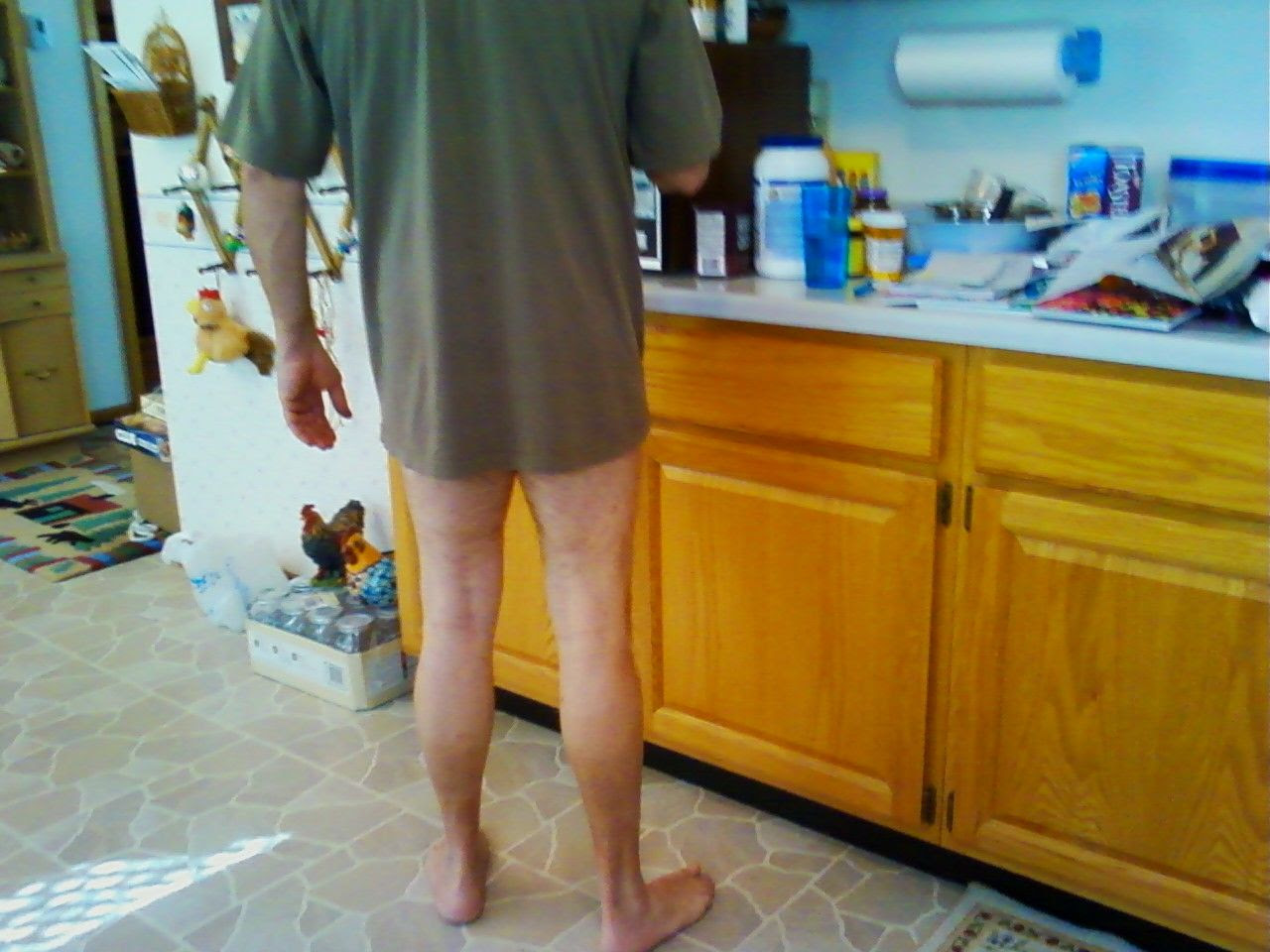 What else are you just dying to say about Xanga?
I think #Dan is a genius because he gets all you slobs so worked up. Like shooting fish in a barrel. Playing sweet and innocent in between. What a legendary xanga icon he’s become! It’s been like watching a pro boarder shoot the curl. I say that with love, admiration, and respect. True evil genius should be heralded.