1 | How do you think everyone will act when 2013 comes around and the world is still intact?
I remember the guy with the 3 giant propane tanks put into the ground on his property because of Y2K. Weird to think it’s only been 12 years since then. Wonder if he’s actually been using that propane or holding back for this biggie. I want to get an end of the world t-shirt and wear it on 12-22-12 up through the holidays.

2 | Have you ever made a ‘future post’ on Xanga?
Those freak me out. I tried it once when they first came out with the date adjusting thingie, and all I can say is that is a good way to deja vu yourself silly.

3 | Do you watch the Spike Video Game Awards? If so, what was your opinion on the latest?
I follow SPIKE on Twitter. I don’t bother watching tv, I just follow the listings and get the quick yap about everything.

I’m notorious for setting my dvr and never getting around to what I record. Except Comic Con. Same with podcasting, I just read comments real fast. Nothing like speed reading the internet. I think I get better and way faster news off my Irish Times twitter feed than watching my local channel.

4 | What has been the most significant thing to happen to you this year?
I didn’t get killed, always good.

5 | What kind of kid were you when you were seven?
Enthralled with Simon Bar Sinister, if that’s any predilection.

6 | Do you always eat those mints you get at some restaurants?
I give them to Scott.

7 | Were you or anyone you knew worried about Y2K?
One of my fave song quotes is “Tonight we’re gonna party like it’s 1699.” -Weird Al. One of my favorite comedy quotes is “I’ve wiped the file? Oh damn. What… I’ve wiped all the files?? I’ve wiped the internet?!? Oh no… I don’t even have a modem!” -Eddie Izzard.

8 | Do you read the CD liner notes?
I’m usually disappointed in the ones that contain little booklets with the life history of every member in the group, but fail to write out the song lyrics. If you’re not going to publish the lyrics, sing clearly, because the lyric sites on the internet just make stuff up if they can’t figure it out, either. I’ve seen some pretty weird completely unmatching lyric wrangling online, like they’re competing for urban legend awards or something.

9 | Is there a specific thing about which you know so much that you’d be able to give lessons for others to learn it?
Well, I nearly rewrote my widget java into flash all by myself over the weekend because the widget maker was so slow doing updates, and I had to hack source code off a few sites just to get templates and hack properties on other people’s widgets to practice on, and dang people, learn to use a write protect code, for crying out loud. In the end, they finally finished the update before my final test was executed, but I still count it as a triumphant huzzah because I’m completely self taught and have never followed a tutorial in my life. No other nerds were harmed in my aggression. ~Funny story. I once sent an entire chat site (don’t worry, it was my own) careening off to the left over and over because I forgot a single pointy parenthesis. Managed to catch a link flying by to get back in and correct. Fun times, that was an exciting day for everyone.

Before I corrected I typed one letter at a time every time the chat flew back around just to see if I could make a sentence and hit enter, took nearly 5 minutes between laughing so hard and the speed being set around 80.

10 | Imagine it’s 5:27, and someone asks you the time. Do you say what it is exactly, or do you round up to 5:30?
I just noticed that it’s really bugging me that whoever made this survey is using those vertical slashes as periods. I think the world time clock should be implanted in all our brains. I’m so used to glancing down into the corner of my screen for the time that I do that watching tv, looking in the mirror, even driving my car, like the windshield is supposed to have a little digital readout going. Dang, I should have snipped my window, the time was literally *right there* as I was doing this one. You know, like 5:28ish.

11 | Do you believe that being ‘cultured’ is important? Why or why not?
I went so far as to get a whole degree in culture studies. It was important to *me*. Wow, this survey maker just blew my mind. I think it’s ridiculously hilarious when people enculture themselves and think they’re cool. If you’re one of the slobs who don’t have a clue that those two thoughts are completely unrelated, congratulations, you’re a nidiot. Which is a culture unto itself. I say this with love.

12 | Where did you purchase the computer you’re using right now?
You know it’s going to be a bad seasonal allergy day when you take benadryl and two hours later can’t tell. Who cares where I bought this? What I wanna know is where do rich people buy theirs, because I’m betting they get super computers that we never see in Best Buy.

13 | If you could shapeshift into anybody, who would it be and why?
Boy, that would freak Scott out, wouldn’t it? >=) heh heh He’d come around a corner and there he’d be, dancing around mocking himself.

14 | Who would you consider to be the best driver you know? Why do you think that?
I come from a family of truckers who have never been involved in accidents. Did you know they get lifetime awards for that?

15 | Do you think it’s fair to compare Family Guy to The Simpsons? What about Star Wars to Star Trek?
It’s more fun to just smash stuff together, like these geniuses.  Click on the pix to go to the sites. 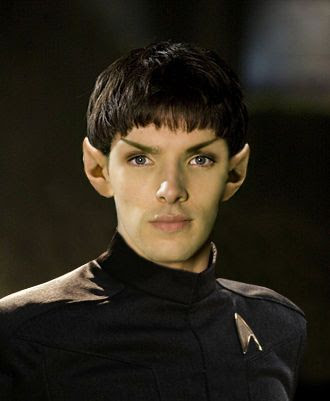 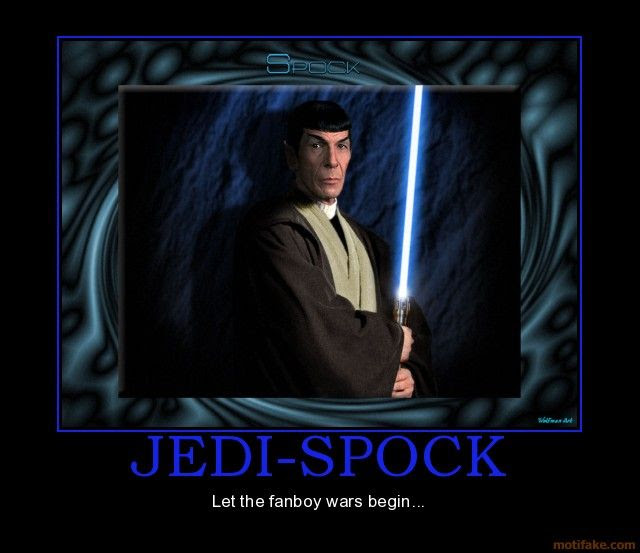 16 | Will you miss CDs if they end up going obsolete? Why or why not?
Will anyone even notice? I remember when the world nearly flipped upside down because 8 track tape players suddenly dive bombed. I got $8 for my best of Rolling Stones 8 track tape at a yard sale. It was good for my economy.

17 | If you got the chance to go to Fantasy Island (from the TV show), what would your fantasy be?
There isn’t a soul on this earth that could get me to actually role play out one of my fantasies. I’d rather see it spun out into a gripping tv series.

18 | Can you tell the difference between a bluebird and a blue jay without looking at pictures?
The survey taker before me spent a lengthy paragraph imitating an encyclopedia. But did you know that blue jays aren’t really blue?

19 | Do you tend to feel sorry for the villain of a story / TV show / movie / etc.?
I get ticked off at them for getting sloppy. There’s just no excuse.

20 | What was your favourite Christmas movie as a child?
Who can ever forget this horrific piece of violence?


My fave Christmas show scene as an adult is seeing Eliot Loudermilk blowing the office computers away with a shotgun on Scrooged.

21 | Would you ever date someone who had an STD / STI, if they were honest and safe about it?
I’m the biggest germ phobe I know, and you are wondering if I’d go out with someone who has cooties… This question has me reaching for my invisible spray can just thinking about it.

22 | If there is a lot of swearing in a song, do you prefer to listen to it censored or uncensored?
It’s funny when a tv show allows swearing in other languages because the audience isn’t supposed to know what it means.


23 | Have you ever heard your voice on any kind of recording? If so, is your voice much different than it sounds in your head?
It wasn’t that long ago that many humans around the world had never seen themselves in a mirror, either, now they splat cell phone self portraits all over facebook. You have to learn to culture your voice like you do your look. Take voice lessons. What makes it more fun is nerve damage in your ear from a nasty viral infection and you have to guess how your pitch is going or whether you’re hitting the right key. I’m not sure I’m hearing *anything* quite right. Throw in an auditory processing glitch, and we have magic. If you think someone can’t hear you right, talk softer and enunciate better. And if you don’t like the way your voice sounds, keep recording and working on it.

24 | Why are you listening to what you’re listening to right now?
Utter silence. It’s beautiful sometimes. We live in an incredibly noisy world. I’m floating on the essence of cicadas nearly dying off around here, thank goodness. Now maybe I can get some SLEEP. I’ve been up since 2:45.

25 | If you had to write a 2,000 word essay right now about a subject in which you have no interest, how long would it take you to complete?
Surveys are an exercise in focusing your mind. They are not a waste of time. As long as you get the dishes done…