This one was actually titled Boyfriend/Girlfriend Survey when I grabbed it, but since Scott has cameo’d in so many surveys over the last 8 years (some lost to the erosion of time and my lack of foresight for posterity, alas), I thought I’d freshen things up a bit.

What is their name?

What pet name do you like to call them?

This is a stretch, but I actually had a Mordecai a few years ago, although I’m given to understand the Hebrew meaningis “little man”. Also possibly “follower of Marduk, a god of the Babylonians”. Biblical name. In the Talmud, the name is of Aramaic origin, from “mara dachya” meaning “pure myrrh” and not death, like Mort, which is also an acronym for “Metamorphosis of Realistic Theories”. 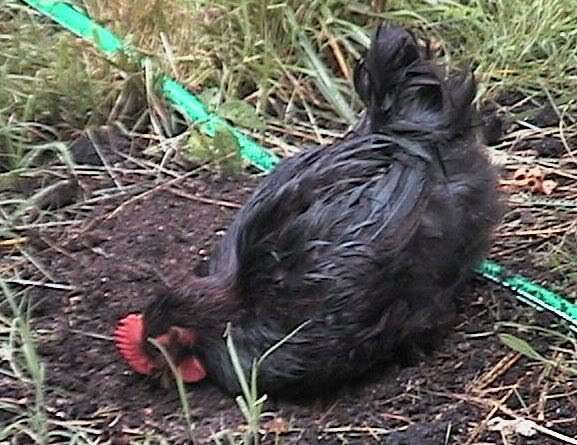 Why in the world did I bring that up? Here, have a fan art Mort featuring Colin. Click the picture to see the original site. 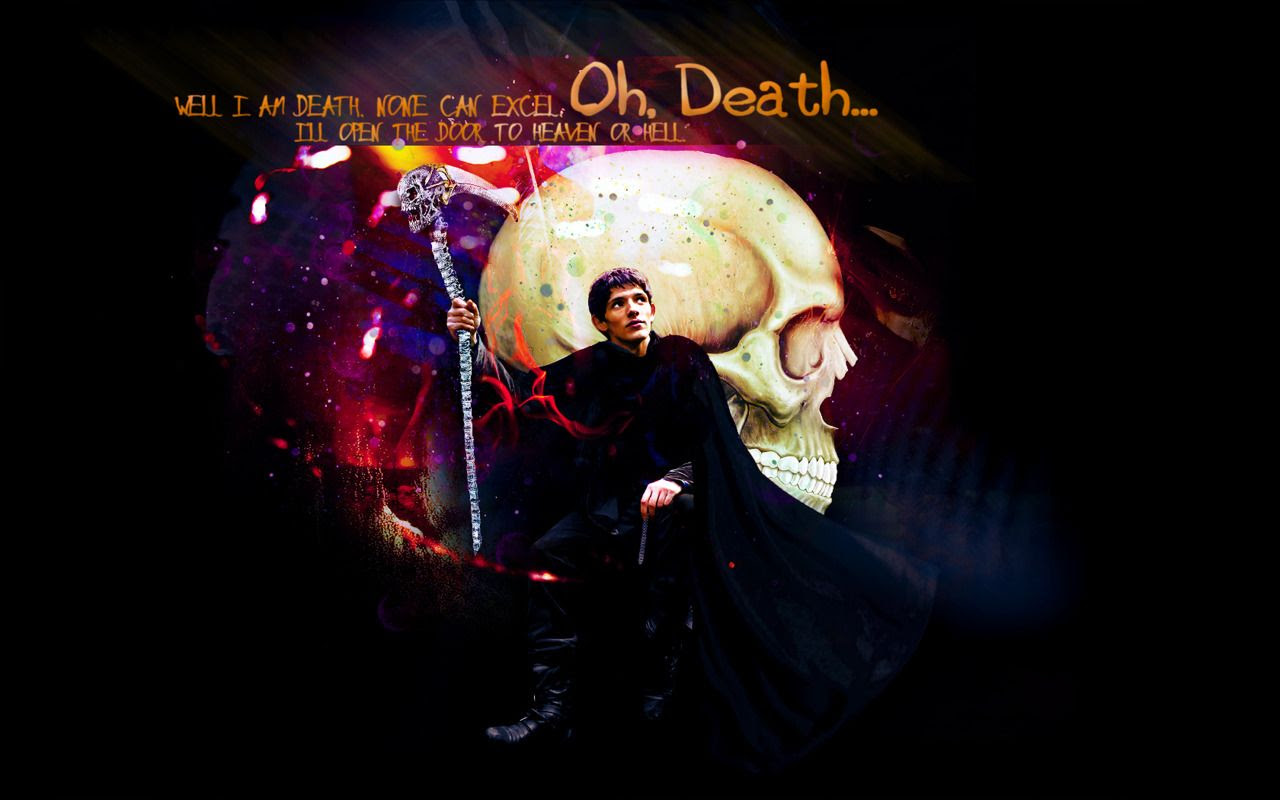 How long have you been together?

It’s funny how you can be around a person for years and never notice them while the whole world goes all twitterpated. I did the same thing with Mark Hamill. Anyway, story of my life, about the time I really get into a show, dang if it hasn’t syndicated and moved on, which I’m afraid is what’s about to happen.

How did you meet?

It all started with Disney, blossomed into wizarding duels, and next thing you know I’m married to a guy who’s into the whole Arthur dig, and viola, Syfy ~finally~ got something else going besides Amanda Tapping. Who I like, btw, but it’s nice having Scott back now. Anyway, where was I? Oh, yeah, Merlin was one of those grow on me slowly gigs that kinda took over. Thank goodness for super obsessed fans like this one who do a ~really~ nice job collecting links and funneling everything they find into twitter and facebook and stuff.  Click on that for your total Colin experience. 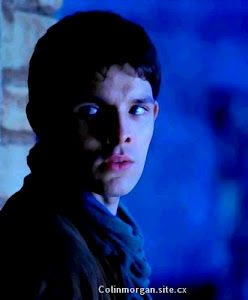 All the fun stuff that evolves through the fandom, as usual. Anyone who knows me in person knows I typically love the fans as much or more than the actors/shows by the time it’s all over because they get so carried away meming and recreating. From the Deathly Marshmallows, which is unfortunately heavy loading but oh-so-worth-it, click the pic to go there! 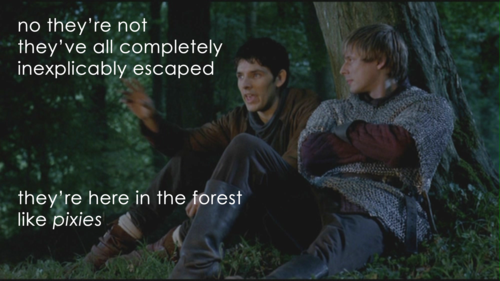 Crack me up, wonder how many fans started eating their vegetables when they found out Colin Morgan is a vegetarian. Actually, I think it would be fun to turn this one back to the fans and ask, What is your fave veggie and how do you like it prepared? And were you inspired by Colin Morgan to pursue a healthier diet? I have open comments if you wanna pile on. Scott’s gramma lived to 102, and I asked her once what did she credit such a long life to. She thought for a bit and then said, “Well, we ate a lot of radishes.” Upon further questioning, it came out that during the depression she literally lived on creamed radishes. Radishes practically have no calories, never spike your blood sugar, and have all kinds of anti-cancer goodies in them. Dang, I started eating radishes!

What is the best thing they have ever done for you?

I had no idea there was an entire website devoted to Colin Morgan’s hair, did you?  Click on Colin to check it out. 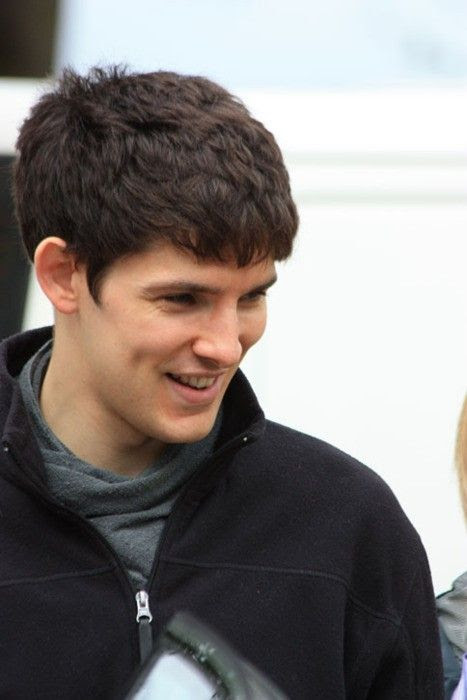 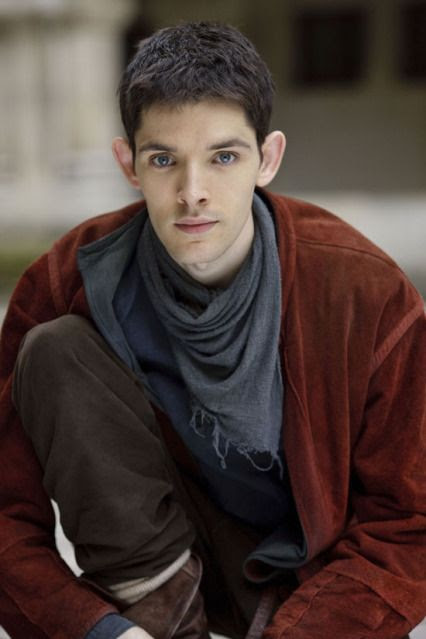 Have they met your parents yet?

Oh, maybe way way back our parents’ ancestors knew each other, on my mom’s side. My sibs have been obsessed with going back to Ireland for at least a decade. They wanna see castles, I wanna visit the peat bogs and see bog bodies.

What would your kids look like if you had kids?

I’m sure a few fans would cheer if I say redheads. I was surrounded by them growing up, not sure how I escaped it. I always thought Eric Cartman’s tirade against gingers was funny. They’re taking over, you know.

What is the worst argument you have had?

I think it’s mostly a laptop problem. I’ve got all the settings on best possible everything, so I’m always having to clear two browser caches to keep loading new stuff. We’ve been locked in this vicious cycle lately of racing to get stuff saved before the hard drive goes through an automatic shutdown to save itself from overheating. I can’t believe I didn’t see this question, totally messed up my little color pattern I had going.

Do you still kiss a lot?

I think the funnest part has been watching the boot and bracelet stalking the fans have done.

Who asked who out?

I think the whole world is being Merlinized, or as one web fan calls it, Colinized. And apparently you can get Obsessive Colin Disorder, go into a Colingasm, get on the side of Colinism, and become a ColinMorganist. (That sounds so political.) Can you tell I got sucked into Tumblr?

It’s like the internet is full of Colin Morgan Easter eggs, it’s really fun to find and collect ~fans~. Sorry I didn’t list all 40 thousand, but believe me, I’m *dizzy* trying to keep all you guys straight. And I love all of you.

Dear God, Thanks for spending a little extra time when you created Colin Morgan.

Do you think you will get married?

I haven’t started collecting the little action figures yet, not sure whether I’ll take that kind of plunge. The game looks really cute.  Click to see the facebook launch page.

Can you see yourself growing old with them?

As with all my other dvd collections, Merlin will follow me to the nursing home, where I’ll be the coolest resident and everyone will come to my room for the marathon parties.

What is the one thing you would like to change about them?

Prolly get more global PR, although the fans are doing a pretty good job. Felt like I was right there on the 2012 San Diego ComicCon floor with them, btw, thanx Twitter, the world is a better place with you in it.  This pic is my all-time fave.  Things were flying so fast on twitter that I’m not sure who exactly took it, but you can click it to go to a wiki stat page.  If the original owner would like credit, hit me in comments with a link and I’ll change this. 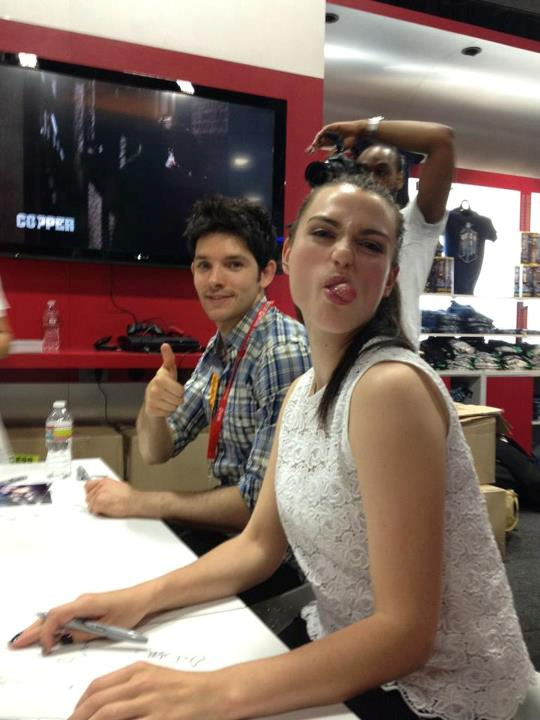 What do you think they would like to change about you?

I’m sure there isn’t a thought wasted on this, but it couldn’t hurt to mention somewhere that I have a chicken named Morgana, after Katie McGrath. 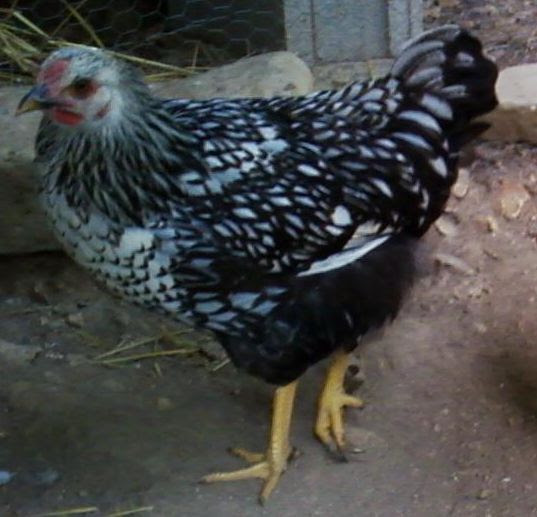 What is the first gift they ever bought you?

This is a good place to thank the fans who made it to Pierrefonds during the Merlin filming schedule and shared all the cool pix and vids they got, that was an awesome week on the laptop. I played with gadgets and had two clocks on my desktop, one for my time and one for France. If you click the pic it’ll take you to the artist I got the wallpaper from. 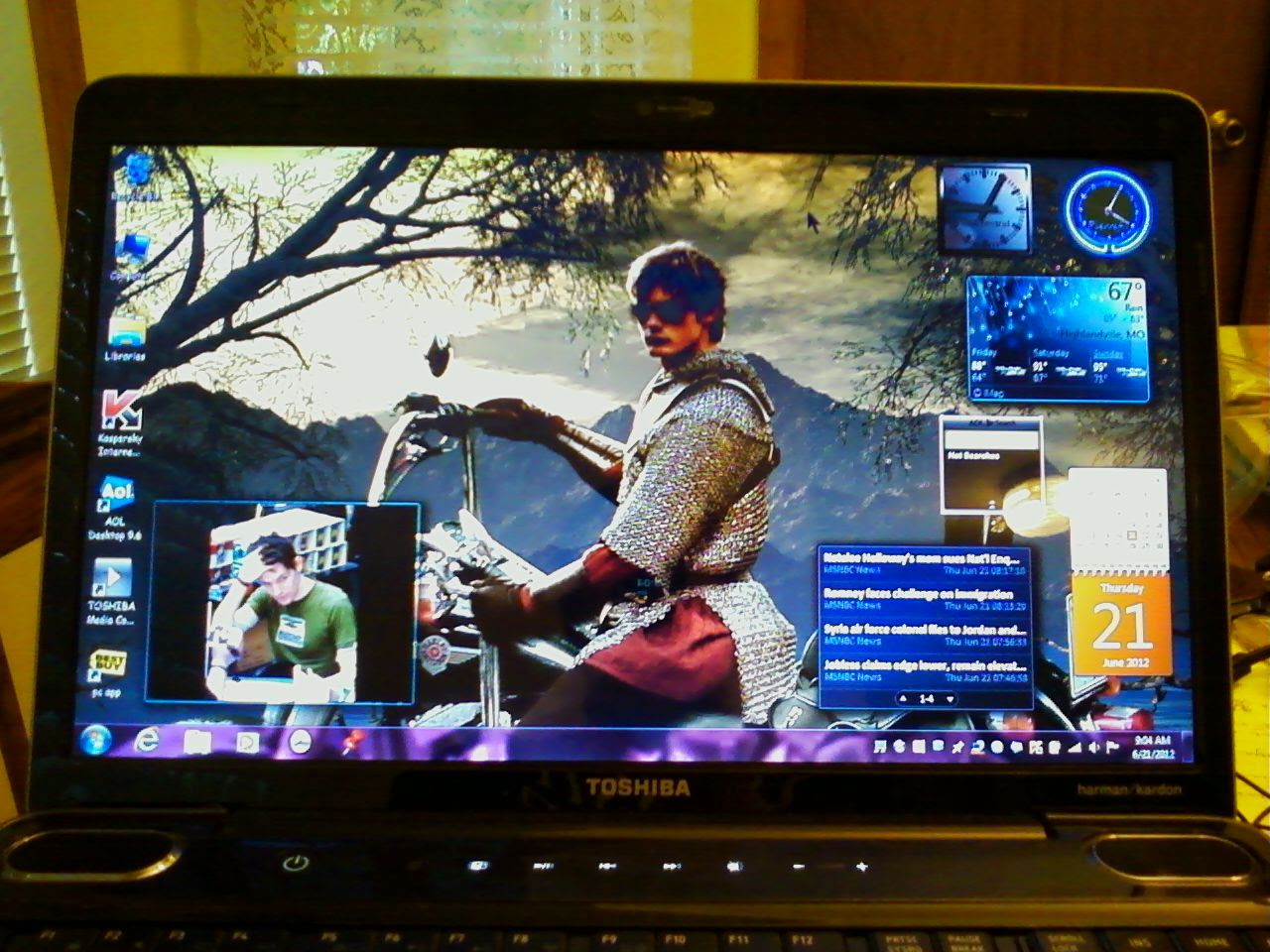 Do you have a favorite song together?

I think this one is listed in a Colin Morgan beginner’s guide that I found somewhere and promptly lost (someone feel free to post the link in the comments so I can add it here), but if you’re a noob to all things Colinesque (btw, is this true? Urban Dictionary: Coling), here you go.

Which famous person do you think they look like the most?

I’m prolly dating myself terribly, but I had a crush on Dick Van Dyke as a kid. I hope Colin enjoys 6 decades of a fun and proficient acting career as well. 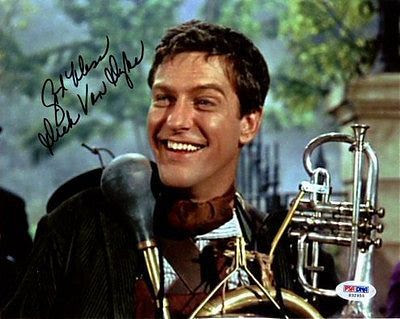 Wo, let’s do The Oracle of Bacon game on Colin Morgan and Dick Van Dyke!

Dick Van Dyke was in Dick Tracy (1990)with Colm Meaney

I’m a huge Colm Meaney fan from way back, and saw Dick Tracy, all nicely done in primary colors like the original Sunday comic, and I’m thinking it’s awesome that he’s done something with our Colin now, as well.

What’s really bizarre is that Colm Meaney was in a movie called Clean Break (2008) with Colin Morgan (III), an altogether different Colin Morgan.  You had no idea this Colin Morgan survey would get so intense, did you?

Would you say the two of you are a good match?

I’m having lotsa fun with Colin Morgan, so yeah.  I think the coolest part is getting to see so much behind the scene stuff, and I ~love~ Emrys.  Guess cuz I’m older, but I think he’s hot. 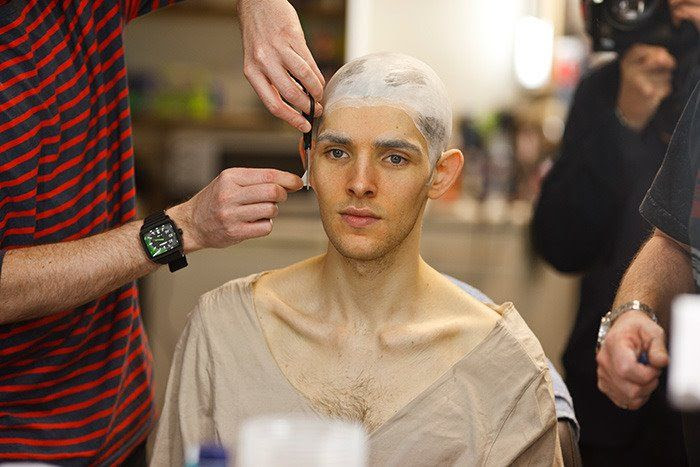 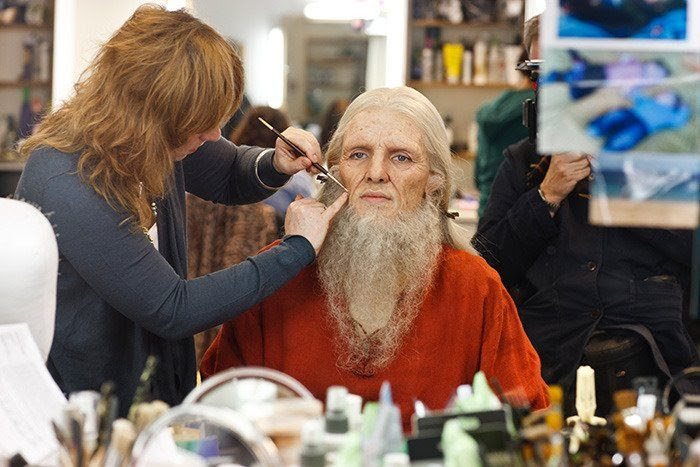 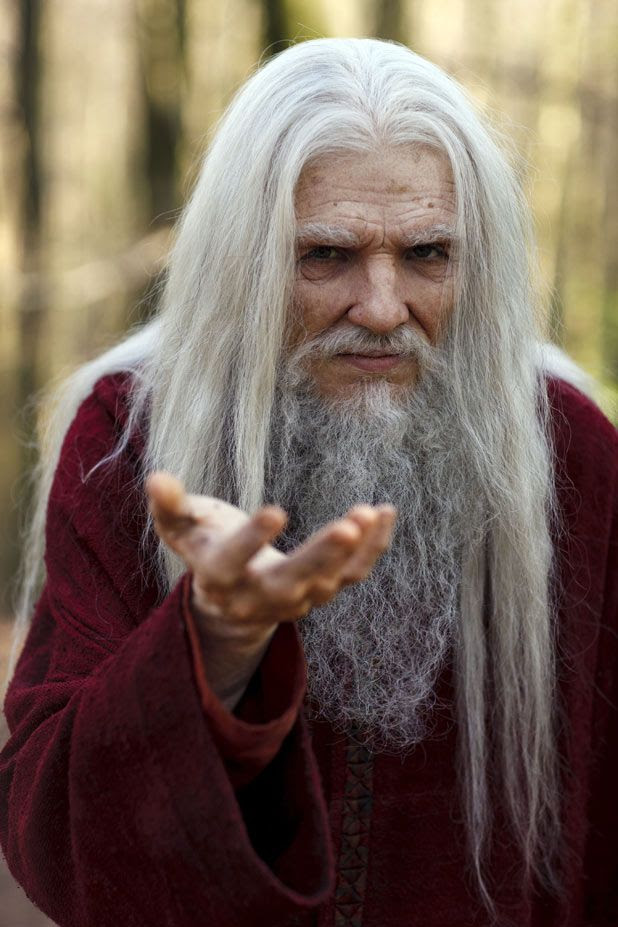 If anyone manages to rip off part or all of this survey, please credit me by linking back.  That would be lovely, and if you let me know who you are, I’ll totally follow you and/or do nice things for you as well.